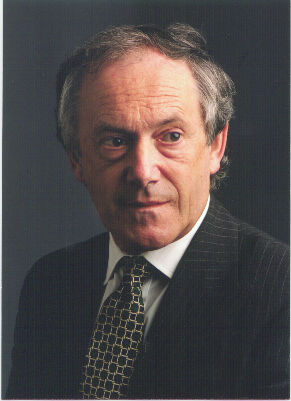 I would like to think that I have been a rational since birth. Unfortunately, the evidence does not support this view. I have to admit that I was brought up in a largely unthinking home, and was banished to church on Sunday morning. In slightly later life I even summoned the faithful by ringing the bells. It was not until I entered the benign and encouraging environment of a university (Leicester, in fact) to study chemistry, that I began to think for myself, and soon discarded the remnants of belief in written authority.

Since coming to Oxford (where I have now been of nearly 30 years), I have learned to love the freedom of thought that is so characteristic of this University (and no doubt other universities too). Of course, there is still too much theology here, and I regard it as ludicrous that there are more professors of theology than there are of chemistry.

But in one’s colleagues there is generally great intellectual freedom, even in those trapped by religion. While I have been here, my interest in the conflict of science and religion has grown as I have come to see the awesome power of science. When I look with awe upon the grandeur and wonder of the world, I see it as the outcropping of a deep underlying simplicity. The identification of that ultimate simplicity is a noble goal of science, and seemingly well within our intellectual grasp.

The more time I have spent within the domain of science, the more I have become increasingly keen to share the clarity of science”s vision the world. I hope that by showing that science is a mode of enquiry that can touch on all matters, and elucidate wherever it touches, that the irrational, self-seeking, world-ripping and authoritarian structure of religions will slowly be displaced by a kinder, more sensitive, and more comprehending world. Some hope, I suppose; but we ought to give it a try. At least, people might understand why they behave as they do.

Peter Atkins worked at Oxford University as a chemistry lecturer