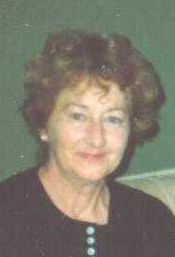 When asked to write a few paragraphs for the column “Why I Am A Humanist” I agreed with a deep sense of trepidation about my ability to meet the request and agonised for some considerable time as to how I could possibly answer coherently. Reflecting on my early childhood and the years that have followed I believe that it is the combination of a natural propensity for skepticism or faith and life experiences that shape one’s ultimate view of reality. For me it has been, I think, an early inclination towards skepticism and my relationships with others that led me to search for an understanding of what motivated other people and myself to behave in certain ways and to adopt certain attitudes, behaviour and attitudes which often failed to make sense with what I was told was right and good.

We were brought up on a farm in New Zealand by my mother and maternal grandmother who had their own sincerely held but quite personal beliefs on the nature of “God” and their relationship to “Him”. No pastor, priest, or minister could or probably would have had the temerity to tell them what or how to believe as they were both very independently-minded women. Nevertheless, we learned to say prayers before bed. These began beside the bed on bended knees but gradually were allowed to be said in bed during the winter and over the years diminished to admonitions to each other for “Good night, sleep tight, sweet repose, all the bed and half the clothes!, or when having to share the bed “half the bed and all the clothes!”. We learned also that it was polite to say grace before meals though this practice was mostly observed when visitors were present and on Sundays. Farm life was just too busy to observe the niceties with religious fervour but I always knew it was my Mum and Gran I had to thank for the food on my plate.

Like most children in our community my two brothers, my sister and myself were all packed off to Sunday School, dressed in our best, each Sunday morning. At age ten I endeavoured to read the Bible with a true desire to “know” and understand religion. However, I found many of the stories either so unbelievable or so cruelly oppressive that I abandoned the effort. Although I couldn’t ever come to grips with the three-in-one, I didn’t question the virgin birth. Despite living on a farm I understood nothing much either of animal or human reproductive processes. In fact I never saw an animal born until I was in my thirties! Knowledge of human biology was screened with “prudence” for most of us growing up in the forties and such as we acquired flawed with inconsistency and error. What I did understand, even as a quite small child, was that all plant and animal life underwent the same cycle of birth, growth, decline and death. This was evident in the fading flowers, the falling leaves with their delicate tracery of veins, and the bones of poor, lost sheep on hillsides. The possibility of an afterlife in some idyllic heaven with the little lambs happily gambolling never really convinced me. Fortunately for me the dissonance between religious stories and perceived reality seemed obvious.

Yet, I largely kept my beliefs to my self. This was because I loved the little church we attended with its lovely wooden pews etc, the warmth of being part of a friendly group of people, the summer picnics, Christmas parties, concerts, harvest festivals, and especially the singing. Also, I shrank from hurting the feelings of other people. Often I found my questions about the correct interpretation of the Bible stories or the unlikeliness of the “miracles”, evoked such sorrowful responses from the teachers and the unsatisfactory reply that I must not doubt the word of God as that was “wicked”, that I decided to keep my own counsel. Later when attending Bible Class I tried very hard to learn what it was that kept people actually believing in such things as an ‘afterlife’.

However, I must have been somewhat inattentive because I recollect feeling shock and horror after a communion service when I realised that all these good people actually believed they took into themselves the body and blood of Christ. This seemed to me a macabre belief and practice. This experience coincided with a change of minister who preached a great deal of fire and wrath with brimstone flung down for good measure. I never went to another communion service and only finished the year out at Church because of the choir and its wonderfully jolly choirmaster and his wife who introduced me to the beautiful music of Bach. At seventeen I went to Teachers’ College and after trying out every local church with a friend in search for a more meaningful religion decided to abandon my search for truth in religious thought.

The freedom to read and think without offending those closest to me was a marvellous release. John Dewey’s theories on education had a profound influence on me during my training and I believe he, more than any other educational writer of the time, shaped the way in which I was to endeavour to teach during the next almost forty years. His theories were humanistic and they are worth outlining here as they are still valid today in my opinion. Some of his ideas were:

Another very important idea which Dewey’s work promulgated was the idea that “intelligence” is simply behaviour in which concepts, techniques and attitudes are combined to enable a person to cope with what is unfamiliar – that is, the ability to transfer one’s learning and experience to a new situation. Dewey stressed problem solving and saw purpose and feeling as co-equal in the process with knowledge and reasoning.

Also, Dewey stressed the important effect of what we now refer to as the “hidden curriculum” – that is, the realisation that children don’t just learn what is being studied or taught at the time – their attitudes, their likes and dislikes are being formed in a way that may have a profound effect on their later desires to carry on learning.

This background in my early teaching helped me to reject rigid and authoritarian approaches to children, and was also important I believe in helping me to reject the Christianity I had learned about at Sunday School, Bible Class and Church. However, I didn’t become open about this rejection until I married a non-believer. It was with a great sense of relief that I was then able to discuss without reservation various writers, political ideas, and alternative belief systems. This was very important to me as up until then all my closest friends had been Christians of varying degrees of devotion and although some might criticise aspects of the Church and some religious people, very few rejected God and the Bible, or stepped outside the accepted framework of political thought divided quite rigidly into National or Labour. Living in a small rural town and farming community of the fifties was inimical to freedom of thought. Those who tried to step out of the mould generally received scorn and often ostracism. Two years living and working in London and mixing with friends of different nationalities and ethnic backgrounds was a revelation in itself.

Even after marriage back in New Zealand and the shift to the city, I found it difficult to state my beliefs to my colleagues because people seemed to find my disbelief hurtful and almost an affront to their own good sense and I found it difficult to give offence to people I liked in other respects and had to work with. And of course, I still had many dear friends who were religious.

During the later sixties and seventies there was a breakdown in rigid authoritarianism as more and more teachers were prepared to advocate a humanist approach to such matters as corporal punishment, the practice of “intelligence” testing for the purposes of “streaming” secondary school pupils and locking them into over-weening pride or lowered self-esteem and the belief they were either “clever” or “stupid”. As I came into contact with other humanist teachers I found I was able to speak firmly for my beliefs and I owe a great debt to those friends and colleagues who both challenged and supported me, Eileen Bone being one of the most important. Studies through Massey University helped widen and consolidate humanist approaches to thinking, learning and working.

I am a Humanist in the belief that Humanism entails much more than the rejection of the supernatural. It also involves accepting responsibility for oneself and caring for others. It involves a recognition that we all have the right to live in a world free from fear and poverty, to be loved and valued, to enjoy activities that bring us happiness and fulfilment without depriving others, and to know that there will be a safe and sustainable environment for future generations to enjoy.

However, I still feel today, that atheists and agnostics should exercise thoughtfulness and tolerance when discussing or criticising religion as I’ve observed that people who hold a “true belief” as opposed to “fanatics” and those who deliberately manipulate the weak and fearful, are mostly sincere people many of whom work for causes which I would expect those of humanist persuasion to support. I think also, that for many of us, beliefs generally only change through some deep personal experience, some dissonance between our perception of reality and what we are told. I believe that a change in belief seldom comes through rational discourse because people put up emotional barriers that interfere with reasoning. There are many religious people who, I feel, are best approached through a common purpose so that they are willing to understand our point of view and to work with humanists to achieve shared goals.

I personally believe that if humanism is to become a more widely acknowledged, acceptable and influential force in the way people lead their everyday lives then as humanists and rationalists we must be bold and positive in expressing our beliefs and work with others in the community. A purely intellectual approach through philosophical reasoning and discussion, mixing only with those who share our world view, or seldom gaining publicity except when we criticise religionists, will not I believe, lead to that wider acceptance of humanism we wish for. Whilst we must continue to expose the fallacies we believe inherent in religious thought we must take care not to adopt a negative stance towards religious people, but criticise strongly those societal practices which are discriminatory, anti-democratic, and inhumane.

Those with the advantages of a sound education and the satisfaction of their daily needs can increase their understanding of the universe beyond our solar system and the complexities of minute life-forms. Unfortunately, there are millions of people who lead lives of desperate struggle for daily existence and without education can easily be drawn into fundamentalism. For me, being a humanist means trying to change the balance of power so that the resources of this earth and its inhabitants are used for the benefit of all and not appropriated selfishly by the rich and clever.

I am a Humanist in the belief that Humanism entails much more than the rejection of the supernatural. It also involves accepting responsibility for oneself and caring for others. It involves a recognition that we all have the right to live in a world free from fear and poverty, to be loved and valued, to enjoy activities that bring us happiness and fulfilment without depriving others, and to know that there will be a safe and sustainable environment for future generations to enjoy.

Maureen Hoy is a Wellington member and former National Secretary of the Humanist Society of N.Z.