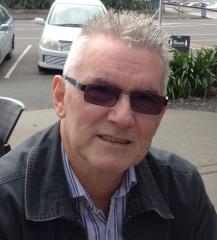 I first discovered Humanism in the pages of Margaret Knight’s wonderful Humanist Anthology, when I was a teenager in Belfast in the mid-sixties. It was a great relief to me at the time to find that there were other people who thought as I did, but it was a long time before I formally joined them.

I was born into a Roman Catholic family in Northern Ireland. Although I have seen religion at its worst in the sectarianism I grew up with, I do not believe my atheism was anything to do with this experience. Strange as it may seem, I would have to put my rejection of religion down to my education at a Catholic grammar school and to one particular Jesuit priest, who taught me Greek and, more importantly, the value of an inquiring mind. Perhaps, I am his for life, but not as he might have wished. I questioned the myths, the contradictions, the irrationality and the hypocrisy of Christianity.

For a while I searched for another religion. I read about the great religions of the world, but in none of them could I find the “Truth”. My answer to those who insist that religious teaching did not do me any harm is that it left me with this “residual religion”, the belief that there was “Truth” if only I could find it. It took me a long time to realise I was asking the wrong questions.

I would include in this phase my brief flirtation with Marxism, when I swapped one dogma for another. However by the time I went to university I had become disillusioned with Marxism.

For a few years I called myself simply an atheist which meant that I knew only what I did not believe in. I have never called myself an agnostic because I have always thought that I had enough evidence to make a decision on the question of existence of a god.

It wasn’t until 1983 that I first came in contact with organised Humanism. At our local kindergarten our daughter was being indoctrinated in Christianity against our wishes. June and I decided we needed a positive alternative to offer children. When I saw an advert placed in the paper by Wellington Humanists, I remembered Margaret Knight’s book. June and I went along to our first HSNZ meeting in March 1983 and have been members ever since.

Recently on an Access Radio programme I used the slogan: “Think for yourself: think about others”. That’s what Humanism means to me. Freethought is much more important to me than is atheism. Similarly my concern for others widened to become a concern not just for people but for all living things.