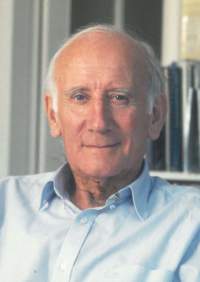 Jack is survived by his partner Barbara Scelly and her children, by his children by his late wife Kate, and by his grandchildren and great-grandchildren. The full death notice from the Dominion Post published on Friday 15th and Saturday 16th August follows:

SHALLCRASS, Jack (John James). -1922 – 13 August 2014. Partner of Barbara Scelly, loved by her children Marion and Robert. Former husband of Kate (dec). Father and father-in-law of Karen (dec), Jane and James, and Simon. Grandfather of Jane, Kim, Fiona, Brian, Michael, Meg. Great- grandfather of Myah and Navaeh. Inspirational teacher, mentor and social thinker. Thanks to the staff at Sprott House for your loving care of Jack in the last month. In lieu of flowers, donations to the Wellington Brain Injury Association, PO Box 12-180, Thorndon Wellington, would be appreciated or can be made at the service. Messages to the family may be posted c/- PO Box 14-366 Kilbirnie 6241 or left in Jack’s tribute book at www.tributes.co.nz A service for Jack will be held at Old St Paul’s, Mulgrave St, Thorndon on Tuesday 19 August 2014 at 2.30pm, thereafter private cremation.

QPEC notes with regret the death of Jack Shallcrass fourth generation New Zealander, writer, broadcaster and ‘devout Humanist.’ Jack was educated in Wellington and for more than fifty years taught in schools, at Wellington Teachers’ College (where he was Vice-Principal) and Victoria University (where he was an Associate Professor). He wrote several books and hundreds of articles. He chaired four ministerial inquiries, was active in the Council for Civil Liberties, the NZ Heritage Foundation, Humanist Society and other progressive movements. He saw overseas service in the Pacific during WW 2 and was awarded the Mobil Radio Award in 1980, a CBE in 1990, and the Humanist Award in 1994.”Nominally retired” as he described himself, he was seen well into his 80s working in the National Archives, preparing to write and to contribute to debates.

He had a deep commitment to education which he saw as an essential element of a just and caring society. He is remembered by generations of teacher education students who responded to his deep concern for their welfare and his determination to develop their thinking skills by open-ended debate and discussion. He believed fervently in the possibility of humans creating a better world. As he wrote himself:

An ethical future of cooperative mutuality that is at once the natural order is possible. It is a human future requiring human choice and commitment. It requires hope and belief in ourselves individually and as a species. Is that a faith? Perhaps the traditional myths and visions don’t change except to move the responsibility from the divine to the fallible, imperfect, vulnerable human being. We are all we have. To be fully human is to accept the consequences and get on with behaving as we should. Call it what you will, the responsibility is unmistakable and inescapable .

QPEC salutes this liberal and progressive thinker who shared our ideals of a universal and equal system of education, funded by the state and committed to a fair deal for all students.