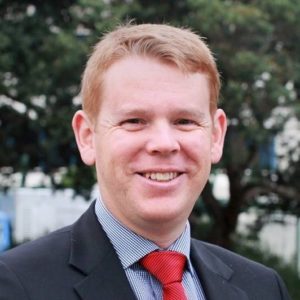 Yesterday a bid to repeal New Zealand’s outdated blasphemy law was voted down, after the National and Maori parties voted against it.

Chris Hipkins, the MP who tabled a Supplementary Order Paper to add our Blasphemy Law to the Statutes Repeal Bill currently making its way through Parliament, posted on his Facebook wall at 9pm last night saying that it was a “sad day for freedom of speech, tolerance, and leadership”.

President of the Humanist Society, Sara Passmore, said, “This is a clear vote against human rights in New Zealand. It shows we have an illusion of a secular government, with politicians choosing personal beliefs over freedom and tolerance.”

“By refusing to remove the blasphemy law from our Crimes Act, the Government is saying we are not free to criticise and challenge all ideas. This decision was backwards, and not in line with international trends. We think people, not ideas, should be protected”.

The Humanist Society of New Zealand, which represents the 41% of people in the country who are not religious, says that even blasphemy laws such as New Zealand’s that are not used can cause harm, because they legitimise human rights abuses in countries that use their blasphemy laws to persecute citizens.

We ask – why retain a law if it is not intended to be used? Today is a sad day for freedom of speech in New Zealand.

About The Humanist Society of New Zealand (HSNZ). We represent the growing number of non-religious people. We campaign for human rights, secularism, and a fairer society for all. Find out more at http://humanist.nz/