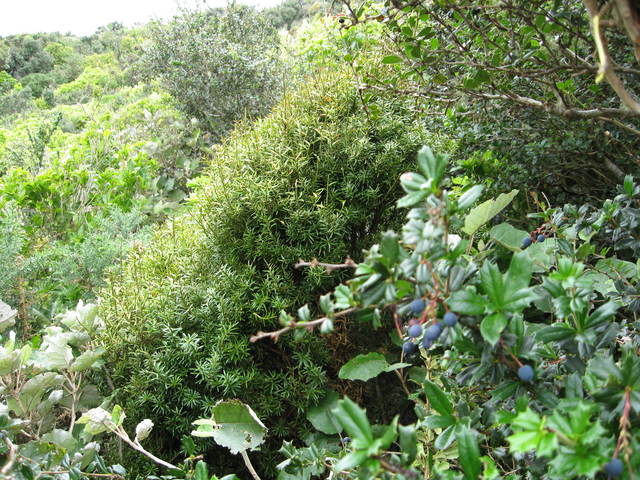 For many years during the 1990s and into the twenty-first century the Humanist Society of New Zealand performed winter planting on Wrights Hill as part of the restoration project. Vivian Bogle was a member of the Society and also a member of the Wrights Hill Beautification Society and helped get trees. David McLeod at the time was living in Wrights Hill Road and was very active with the New Zealand Humanist Society. He held most major committee roles and ran the refugee programme at some time during his membership of the Humanist Society of NZ. When he died of cancer in the mid 1990s the society dedicated a totara tree to his memory.

On Eileen Bone’s death in February of 2000 another totara was planted close to David’s. With the decline in activity on Wrights Hill the Humanist Society no longer plants in the area, but continues to have fond memories of group activities on this hillside.

The trees were planted close to, but not on, main tracks of Wrights Hill and now, during this period of regrowth, are difficult if not impossible to find. But don’t be detered, Wrights Hill is still well worth a visit. The whole area is spectacular, with its city and harbour views, natural areas and gun sites dating from the Second World War.

David McLeod served in the Pacific during World War Two, and had a distinguished career as a teacher.

Eileen Bone, also a distinguished teacher (see her grave page on this site) taught at Marsden College in Karori, at the foot of Wrights Hill during WW2 and subsequently taught in England and then in the Hutt Valley, visible from Wrights Hill.

Back to the trees. At the end of the first section of path above the carpark on Wrights Hill, you can with difficulty force your way through several metres of gorse and scrub to these two trees. It may be better not to try. Stand at the corner and enjoy the totara planted by the path and know that it will take a hundred years or more on this storm battered hillside for these trees to dominate the skyline, but they will.

Walking: Wrights Hill is adjacent to the predator fence of Karori Wildlife Sanctuary, but can only be approached from the Sanctuary on foot. If you feel energetic you can walk around the outside of the fence over tough terrain until you get to the top of Wrights Hill. You can join this walkway at the head of Campbell Street (See buses and cars) behind the Scout Hall. Drive, walk or bus up Campbell Street until on a tight corner you see the Scout Hall. The track is not hard to find from here. Head south west along the fence. There are numerous walking tracks on Wrights Hill and off Wrights Hill Road. Approaching on foot is steep but pleasant.

General: The memorial trees are less than a minute’s walking at the top of the first section of path. A few minutes more takes you to the top of Wrights Hill. Wrights Hill dominates the skyline but is separated from most of Wellington by the ‘Long Gully’ of the Wellington fault and the predator fence of Wellington Wildlife Sanctuary. It is easily accessible from Karori however by numerous walking tracks and a steep and narrow but fairly safe road. On a cold day protective clothing is necessary.