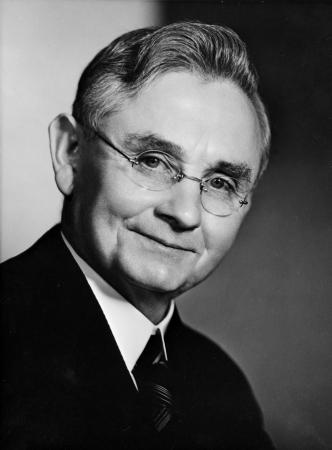 He is remembered at Bastion Point, Auckland with a spectacular Savage Memorial.

Michael Savage was born on 23 March 1872 at Tatong, near Benalla in Victoria, Australia, the youngest of eight children of Irish immigrants Richard Savage and his wife, Johanna Hayes. Michael’s mother died in 1878 when he was only five, and he was raised thereafter largely by his sister Rose. Brought up in the Roman Catholic religion, Savage for much of his life was a militant rationalist but returned to the Catholic church a few years before his death.

He was spirited, knowledgeable and kindly, and fond of dancing and sport. A short but very strong man, Savage became well-known as a boxer and weightlifter.

In 1893 Savage lost his job in a depression and although he found more work his attention turned to workers’ union affairs. Continuing with working class jobs and union affairs he emigrated to New Zealand, arriving in Wellington on the Manuka on Labour Day, 9 October 1907.

Although he had intended to join Webb at the Denniston coalmine on the West Coast, Savage decided instead to move north. After working for six months cutting flax in the Manawatu swamp and visiting Waihi, he arrived in Auckland in 1908. There he found board with Alf and Elizabeth French and their children Aruba and Bob. Savage, who never married, was to live with them until his death. Within a short time he secured employment as a cellarman at the Captain Cook Brewery in Newmarket. He impressed workmates as quiet and studious, and spent much of his money on radical literature.

Rising through the ranks of the union movement Savage stood unsuccessfully in the 1911 and 1914 elections.

During this time Savage became involved with the WEA and was particularly influenced by the monetary reform views of Irving Fisher, professor of political economy at Yale University. The writings of Fisher reinforced Savage’s belief, derived from his earlier reading of Henry George, Edward Bellamy and Karl Marx, that gross under-consumption, economic deprivation and social misery existed in the midst of plenty because the means of distribution and exchange were unsatisfactory. The state alone should have the right to issue money and regulate its value and to control credit through a government-directed banking system.

At the 1919 local body elections Savage was elected as a Labour candidate to both the Auckland City Council and the Auckland Hospital and Charitable Aid Board. Although he served as a councillor only until 1923, he was to be a member of the hospital board from 1919 to 1922 and again from 1927 to 1935. Later in 1919 he stood for Parliament for the third time, winning the Auckland West seat with a majority of 533 and becoming, at the age of 47, one of eight Labour members of Parliament.

The onset of the economic depression of the late 1920s and early 1930s and the deprivation and suffering that many people, especially the unemployed and the elderly, experienced put tremendous pressures on members of Parliament. Savage was distressed by the hardship he encountered, and in 1931 was admitted to Auckland Hospital with mysterious abdominal pains; they were to recur throughout the 1930s. From 1933 he traversed New Zealand repeatedly with an intensity and evangelical fervour previously unknown in New Zealand politics. In the months leading up to the 1935 election Savage came to personify the Labour Party’s commonsense humanitarian approach. He spoke with sincerity, eloquence and power, convincing many voters that he and his colleagues not only understood their problems but could be trusted to solve them. Savage refused to indulge in recrimination and divisive politics but sought to unite as many people as possible behind a common dream of a better and fairer society. With the addition of two Ratana MPs elected in Maori seats, Labour came to power at the 1935 election with 55 of the 80 seats in Parliament.

The incoming government immediately paid a Christmas bonus to the unemployed and charitable aid recipients and approved seven days’ annual holiday for relief workers. In 1936 there was a landslide of legislation, much of which, by increasing community purchasing power, stimulated the economy, thereby creating jobs and, in turn, further demand. The Reserve Bank of New Zealand was made a state-controlled central bank and union membership became compulsory. A programme of state house construction was started, commercial broadcasting was nationalised, guaranteed prices were paid for dairy produce, and the political alliance between Labour and the Ratana movement was cemented by ending some discrimination against Maori and by giving increased attention to Maori employment, education, health and land settlement.

In April 1938 Savage outlined the government’s social security proposals. Responding to a suggestion from the Reverend W. H. A. Vickery, mayor of Kaiapoi, he started to use the term ‘applied Christianity’ to describe the government’s scheme, now before Parliament. The Social Security Bill provided for a universal free health system covering general practitioners, public and mental hospitals, and maternity care; a means-tested old-age pension of 30 shillings a week for men and women at age 60; and a universal superannuation payment at age 65.

Once war was declared Savage reluctantly spearheaded, particularly through broadcast ‘fireside chats’, an effective campaign to recruit volunteers for the armed forces. He refused to countenance a jingoistic or militaristic appeal and ruled out conscription in the early stages. He warned that if conscription of ‘human flesh and blood’ did become necessary, then it would follow the conscription of wealth so that soldiers and their families were adequately cared for and their children not saddled with a burden of war debt.

Early on 27 March 1940, Savage died at his home in Wellington. It was four days after his 68th birthday. Hundreds of thousands of New Zealanders paid their respects in Wellington and Auckland and at 20 stops along the main trunk railway line as the body was transported to its final resting place at Auckland’s Bastion Point, overlooking the Waitemata Harbour. Above the grave was erected the Savage Memorial.

Undoubtedly the most loved of all New Zealand’s prime ministers, Savage personified the social security system created by the government he led. His kindly and genial personality, and his skills as an orator, were largely responsible for ensuring the policy’s acceptance. But Savage was more than just a great communicator. He was also the architect of the first Labour government’s achievements just as he had been one of the chief organisers of its rise to power. He died at the height of his popularity; for decades afterwards, his photograph hung on the wall of thousands of New Zealand homes. He had helped set the social pattern of New Zealand for two generations, and had become its icon.

BARRY GUSTAFSON
Gustafson, B. From the cradle to the grave. Auckland, 1986

The original version of this biography was published in the Dictionary of New Zealand Biography Volume Four (1921-1940), 1998
© Crown Copyright 1998-2008. Published by the Ministry for Culture and Heritage, Wellington, New Zealand. All rights reserved.

Bastion Point is about 7km from Queen Street in central Auckland. Thanks to wises.co.nz for map and directions. Bastion Point is an area of exceptional beauty justifying a prolonged visit. It has historic significance including its war history and Māori associations.